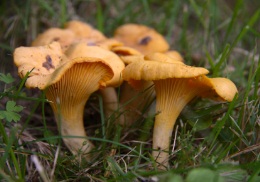 Spent 3 gloriously sunny days out at the mill this week, chopping trees, finalising the solar and wind turbine upgrade, It will be complete next week if the weather holds. The ‘gazebo’ roof is done and we’ve tiled the floor. The generator shed floor will get done next week.

As the generator will rarely be used thanks to the new solar system we’re thinking of a new name for the shed. Also ‘gazebo’ doesn’t quite fit the covered eating area next to it. We affectionately call it ‘the shed’ as it resembles the classic kids Nativity model building. I call it ‘the office’ as I sit out there with my laptop when working but neither quite work when describing it.

The millstone has been moved as we’re tiling much of the pool area too.

On the subject of power, we’ve been promised one of the first Ridgeblades when they go into production. The Ridgeblade is a new and rather exciting type of wind turbine that promises to revolutionise micro electricity generation. Designed by Win Keech ex Rolls Royce turbine blade specialist. Go check them out at The Power Collective

Octavio showed me where golden chanterelle mushrooms grow wild close to the mill. We collected a couple of kilos in a few minutes, cooked them and feasted.  They are delicious. I left info where to get them in the mill’s guestbook. I fried them in a little olive oil with garlic and a pinch of salt. I just cooked them until the moisture reduced.

When Johannes came up to see me later about the solar system he offered me some, he’d been out collecting as well. Apparently the trick with them is not to wash them but to brush them clean with a dry paint brush. Johannes keeps a mushroom brush in his van as they are popular and can fetch up to €15 a kilo, which can make for a profitable lunch break forage. 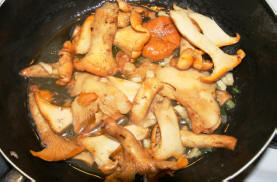